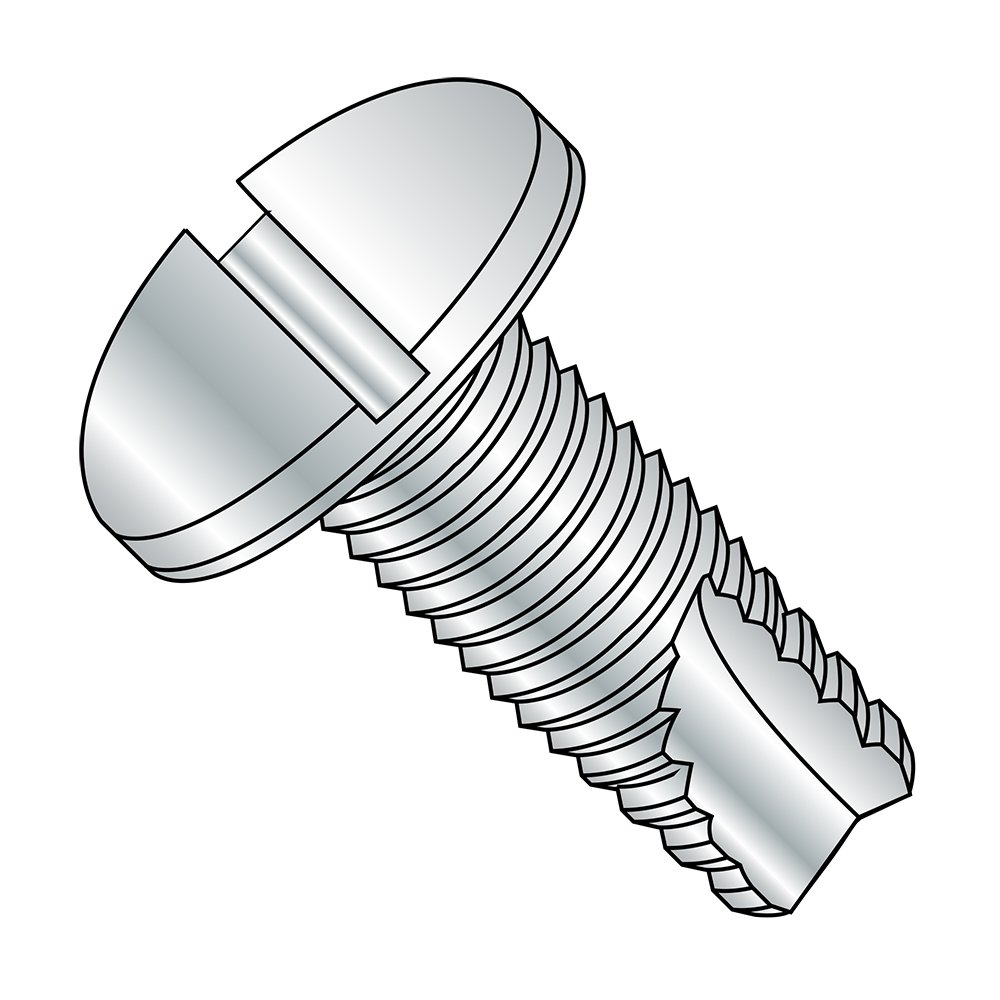 The steel thread cutting screw has a zinc plating, a Type 23 point style, and a pan head with a slotted drive. The screw, also called a type T thread cutting screw, has fine threads and a type 23 point that tapers down to a blunt edge and directs chips out of the hole to prevent clogging. The large cutting surface is suitable for soft metals and enables screw installation with minimal rotating force. Steel is often used in applications where strength is the primary consideration. The zinc plating offers corrosion resistance and has a reflective appearance. The pan head has a flat top and short vertical sides with a rounded top edge. The slotted drive has a linear slot for use with a flat-blade driver.