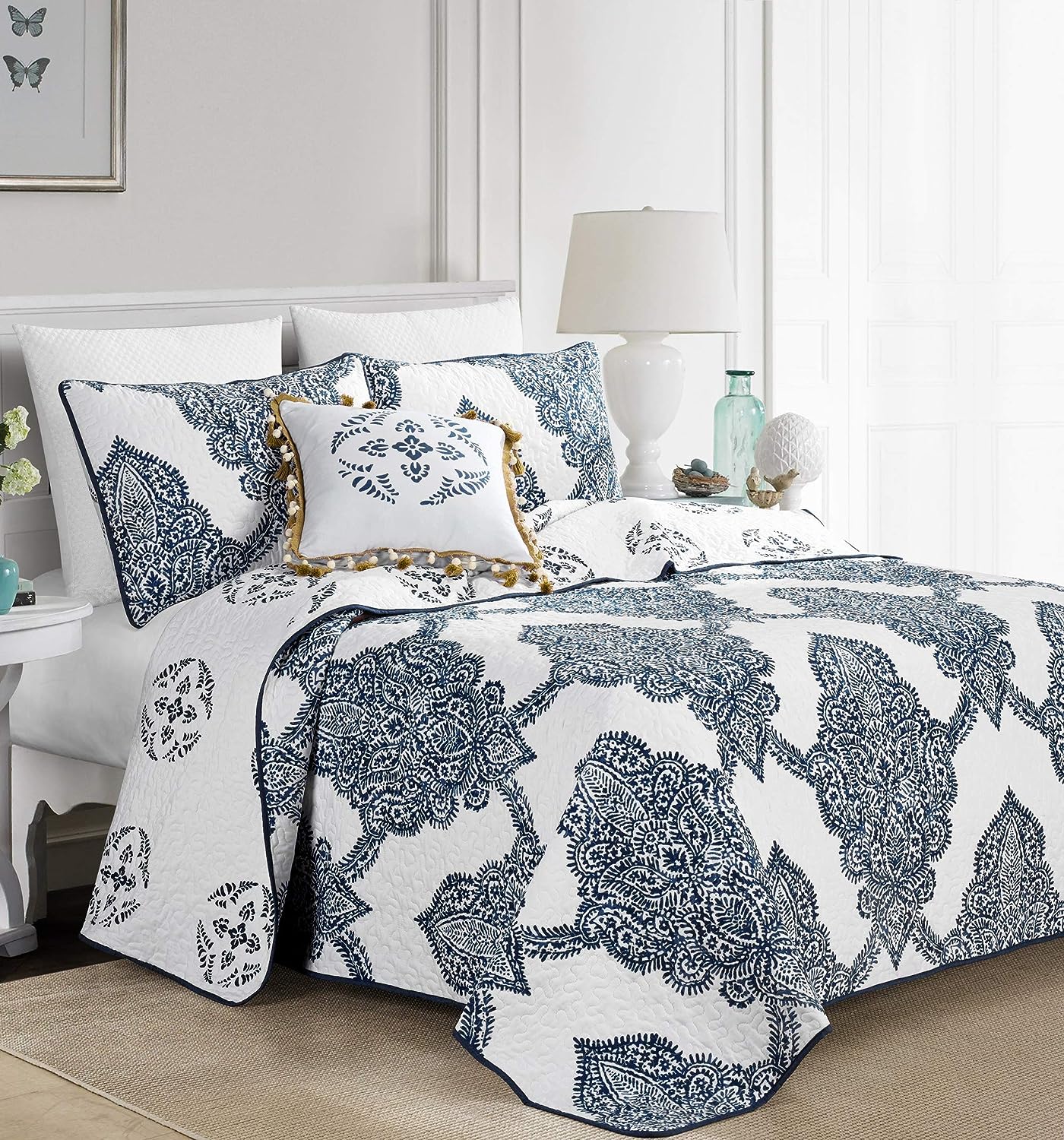 Add a luxurious update to your bedroom with our super soft yet durable microfiber quilt set. Not only is it lightweight, it provides an endless amount of warmth. The microfiber fabric allows for easy machine wash care with a tumble dry setting. Featuring a beautiful batik medallion printed pattern in blue. The fully reversible quilt features a complementary mini medallion reverse. Shams are included and feature reverse tie closures. This charming quilt will add the cutest touch to any room. 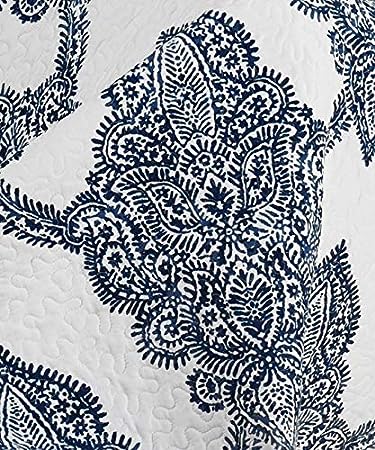 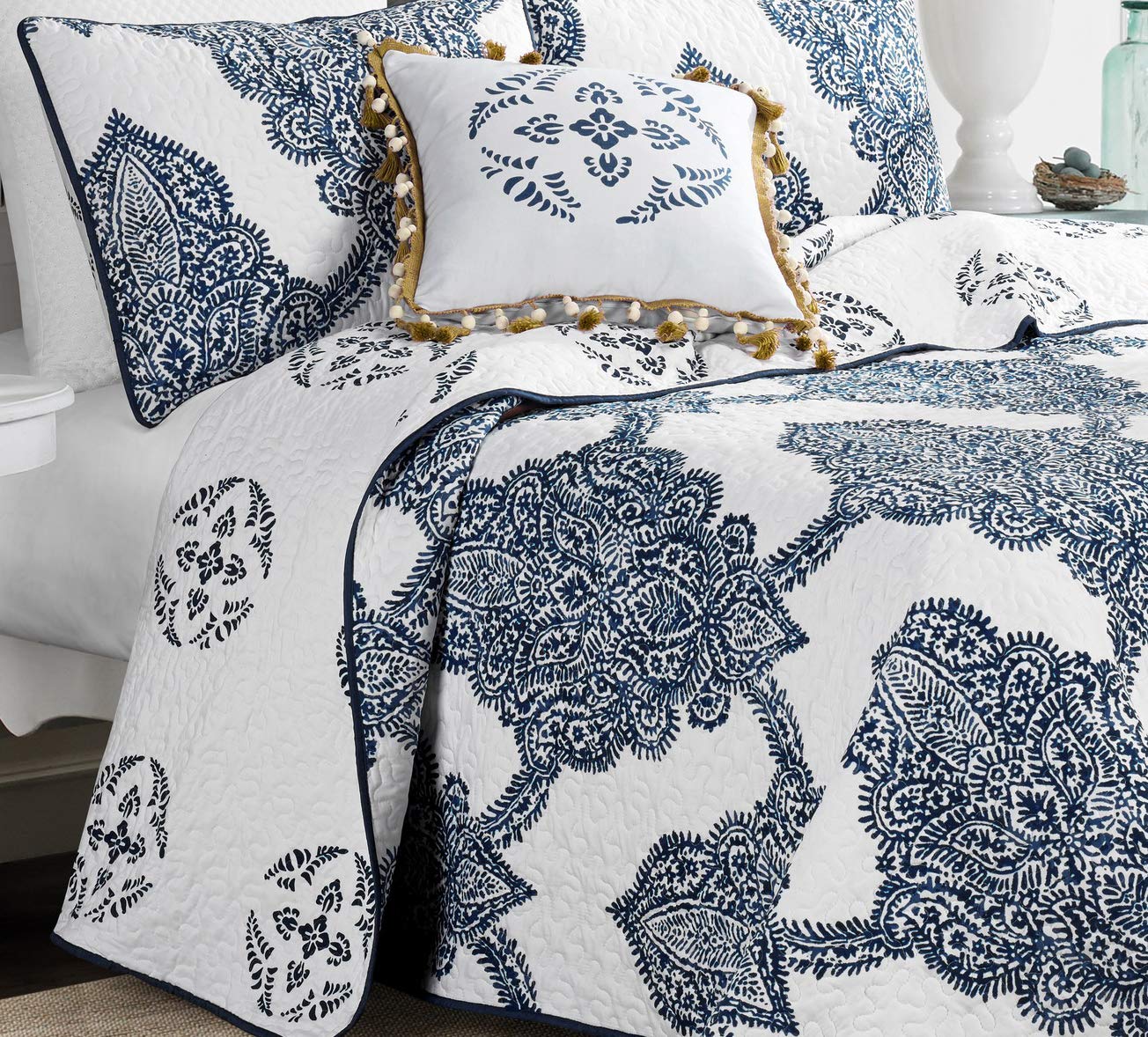